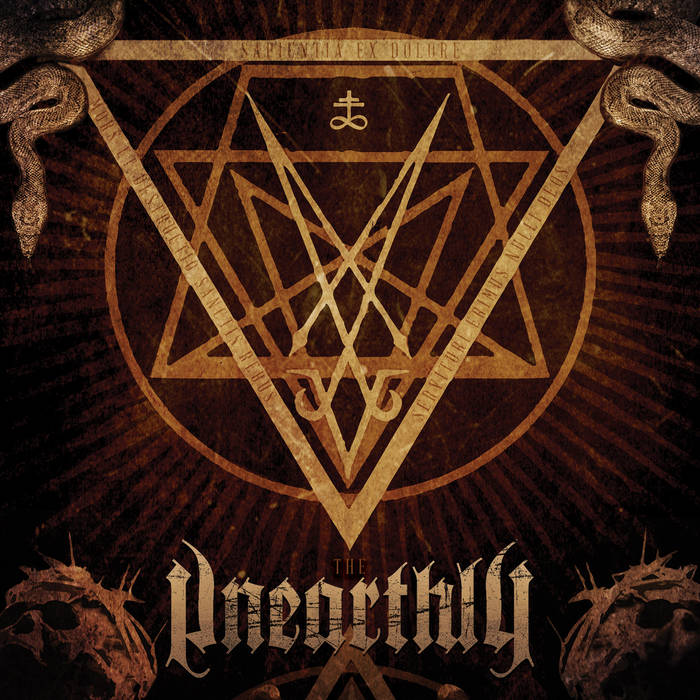 William Ring A much more interesting offer than previous outings. This may be the record Unearthly ends up being remembered for. Favorite track: The Fire Of Creation.

MindOverFour If you miss early Sepultura and Krisiun, look no further. Unearthly are everything fans of extreme Brazilian metal could hope for. This is their fifth album and one of their best and most diverse. Favorite track: Eshu.

From the bowels of the jungle, Brazilian extreme metal horde, Unearthly, rise from the ashes of the third world to bring pestilence to the unsuspecting metal masses. A horrific fusion of black & death metal, Unearthly’s ferocity is accompanied by the indigenous flavors of their homeland inducing a blood boiling, havoc wreaking rampage throughout the album’s journey. Released in Brazil through Shinigami Records, Europe via Metal Age Productions, and America through All Dead, “The Unearthly” is eleven tracks of unmatched malice and contempt. Confrontational yet rhythmic, refined yet savage, Unearthly ravage with character as they position themselves among the elite of the extreme metal underground.

“The Unearthly is a natural born Metal classic, and UNEARTHLY is one of the most prominent and creative from Brasil.” :: The Metal-Temple.com

1. The Sin Offering
2. The Confidence of Faith
3. Eshu
4. The Unearthly
5. Agens Mortis
6. Chant from the Unearthly Rites
7. Where the Sky Bleeds in Red
8. The Dove and the Crow
9. From Womb to Reborn
10. The Fire of Creation
11. Aisle to Everything

Bandcamp Daily  your guide to the world of Bandcamp